Gabe Mass began his career in real estate four years ago when he decided to turn his absolute love of design and architecture into a career. Mass says that his primary professional focus is on the wants and needs of his clients, and that all of his efforts are driven by their desires.
As part of the Everhart Studio team, Mass further adds to the sense of congeniality in the office. “I am 100 percent a people person,” he says. “From my years of being a medic and a musician, I am good at building relationships and listening to the needs of others.”
Mass grew up in Glastonbury, Connecticut, but has been a Hoosier since he was 22. He has lived downtown for seven years, and just recently completed a ground-up renovation of a new residence in Fountain Square. A graduate of the University of Miami’s Frost School of Music, Mass has been an active gigging musician for the last 15 years. As mentioned previously, he also once served as a Wishard paramedic.
In his spare time, Mass tours on this Kawasaki Vesys 650, snow skies, and plays his guitar. He is also a member of the inaugural class of the Jewish Federation of Greater Indianapolis’s Yesod Jewish Leadership Program. 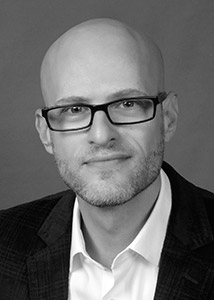